“I didn’t hear the last lines because my mind stopped with A deep but dazzling darkness. And then it picked up the first poem he’d read, with eternity being a great ring of pure and endless light.

Grandfather looked at me.

A Ring of Endless Light is the fourth in the series of Austin family books by Madeleine L’Engle.  A full dive into existential inquiry, along with splashes of young love, create an engaging read for those who enjoy both the deep and shallow ends of the young adult literary pool. The author, L’Engle, is never flippant. In this novel, there are waves of childlike faith, angst-ridden doubt, and more above-average intellectual conversation amongst teenagers than I have ever witnessed in real life.

While being light-years more intelligent than most teenagers, whether real or fictionalized, Vicky Austin is a fairly sympathetic protagonist. Every once in a while, the reader may feel she should trade in some of her book smarts for street ones, but since she is facing a mature issue—death—throughout most of the story, she ought to be imperfect and inconsistent. She is a typical teen—stubborn, full of self-doubt, and bound to learn through experience.

The Austin family is unlike any family I’ve ever known. They discuss poetry, the mystery of heaven, and the avoidance of inverse sexism—all after singing folk songs with lyrics from Shakespeare after dinner. They are supportive, understanding, and intelligent, respecting both the scientific and the sacred.

Any scene with Vicky’s grandfather is bound to be profound. The private conversations Vicky has with her grandfather, who is dying from leukemia, are beautiful. She feels the most herself around him and his stalwart faith is a firm sounding board for her fledgling spiritual thoughts. Poetry gets a pedestal to stand on in this novel, both by highlighting quotes from poets (for example: Henry Vaughan, from which the title and theme are borrowed), and by emphasizing Vicky’s own forays into line and verse. Faith is a mystery, as is death. Poetry is a natural vehicle for these metaphysical thoughts.

Madeleine L’Engle’s trademark mixing of both science and faith in all her novels is present here as well. The science in A Ring of Endless Light is introduced through the dolphin research done at the Marine Biology Station, where the communication skills of cetaceans are studied. Vicky finds herself with an uncanny ability to communicate with dolphins—a supernatural ability. The faith comes through with the effect of the Austin’s patriarch’s impending death. Both the science and the faith are presented as gifts from God. This accomplishment is a consistent gift of L’Engle’s.

And last—but not least—the romance. The awkward, emotional teenage variety. Vicky finds herself garnering attention from three very different young men. She is already at turmoil and petty drama is really beneath her. Boys! Fortunately, Vicky is not a silly girl. The boy drama doesn’t hold her underwater for long.

One of my favorite books of all time, A Ring of Endless Light, is special and inspiring for those who desire their brains to accompany their hearts in the exploration of the mysterious, spiritual, and ontological.

“…I remembered last year, when he was on a religious kick and was telling us exactly what God is like, Grandfather had said quietly—not rebukingly, just quietly—“As St. Augustine says: if you think you understand, it isn’t God.”

Buy A Ring of Endless Light on Amazon!

“I was born in The Year of the Snake. Everyone says that’s why I talk so much. Grandma always tells me,

‘Child, you were born under a sign of wisdom. Remember, wisdom is attained by three methods: first, by reflection, which is noblest; second, by imitation, which is easiest; and third, by experience, which is the bitterest.’ (Grandma likes to talk too.)”

A story of friendship and loss, The Baiji introduces young Ai Bao and her best friend in the whole big wide world, Shu Rui, a girl with a beautiful smile and a weak heart. During the Spring Festival, the girls venture on a ferry ride over the Yangtze River, hoping catch a glimpse of Ai Bao’s favorite animal, an endangered species of river dolphin called the baiji. Will Ai Bao see the rare dolphin or is the baiji gone forever?

If you are willing to read the preview of The Baiji and answer the five review questions, click HERE. Thanks!

In honor of departed ragamuffin, Rich Mullins, who met the Lord face-to-face on Sept. 19, 1997.

Do I have a favorite Agatha Christie novel?   Well, there’s quite a few to like.

What is YOUR favorite novel from the Dame of mystery? 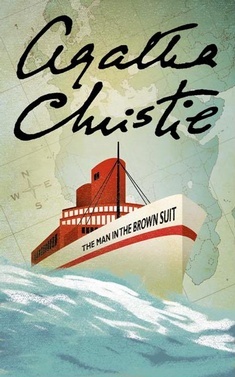 “Don’t let an E.C.C.O. agent hear you say that! ‘Seek freedom and become captive to your desires’, remember? We finished that lesson yesterday. That’s why the people led all those riots and even murdered the President. Freedom is very dangerous,” she replied fearfully.

“Maybe. But what if it’s worth it?

“Seek freedom and become captive of your desires. Seek discipline and find your liberty.”

On September 11, Americans think a bit more about freedom and liberty. We feel dependent on a government to initiate this, but I suggest we look inside. After all, we must live our beliefs from the inside out.

Freedom and discipline in balance is a worthy goal.

“All great literature is one of two stories; a man goes on a journey or a stranger comes to town.”
― Leo Tolstoy

“As writers do, I begin every book knowing it will mean something to me, but with The Book Thief  I’ve been very fortunate. It’s the book that means everything to me.” – Marcus Zusak

an attempt to review

in which the setting is Munich, Germany, WW2:

The  format- like this- a bit pretentious- but enticing

The narrator is Death- color lover- not fond of full sentences

I dislike being told what to read or watch- or what to not read or watch. I’m rebellious like that. So, I put off reading The Book Thief  on mere principal. Pretty stupid. But, as Death would tell you, people are sometimes stupid. And sometimes not. We are mesmerizing and juxtaposing, us humans.

There are many, many stories written in the setting of Holocaust-era Europe. They are all heavy and disturbing- and rightly so. Some are interposed with laughter and fun, but not often, and not for long. I assumed I knew what this book would be like. I was right (enough to justify my reluctance), but also wrong. There were things that made this book surprise me…and things that frustrated me. Being frustrated does not mean that I thought it was “bad” -sometimes being frustrated is good- and others may not feel the same. But this is my review…

I thought this book would be heavy and depressing in a covert way- with the darkness coming in at the bitter end. Turns out, the darkness is there from the start, with small halos of light throughout.

The narrator, Death, and his (its?) fetish with colors, was an interesting literary device. This odd characteristic twisted my expectations. But Death describing colors does not make him appear sympathetic. He(it) is drawn to color because of the contrast. Death has no color. Considering the heaviness that is expected, I appreciated this overtly dark perspective. Why pretend there’s any other end? We will all die. (spoiler alert)

The character of Death was often portrayed in confusing and conflicting ways. Death seems to watch from afar, detached from humanity, and yet, in a few paragraphs, Death is close, personal, quirky, and disturbingly human. It calls itself the Grim Reaper at one point, and though it sometimes broaches the human feeling of regret, it never quite crosses the line.

For some reason, unknown even to Death, it has taken a special interest in Leisel, the book thief. I suppose it’s because she’s the protagonist of the story, but it doesn’t feel organic. The whole “character” of death is plain confusing. Maybe that’s the point. I don’t know. I am probably projecting my own personal bias towards this character and am frustrated by the author not mirroring my own spiritual views on death. Perhaps I am taking it all too literally, and not literately.

Some beautiful philosophical lines. Death is a brilliant observer.

I respect this book. I enjoyed the challenge of reading it- even with the frustration. Markus Zusak should be proud of his accomplishment here. He has a vivid, live imagination that has transformed into print well. If I had found this book on my own, I would be singing its praises up and down the streets. But, as a New York Times bestseller, my tiny voice chirps unnecessarily. I wish I hadn’t had to fight against my own presuppositions in order to begin it. Do not make my mistake.

There are some beautiful word dances in The Book Thief. Also, the story is innocent yet guilt-filled; beautiful yet tragic. This is not the usual Holocaust-setting-type-novel. Along with the interesting perspective by the narrator, Death, there is the rare perspective of a young German girl living everyday life in a homeland Americans in 2014 have difficulty finding a connection to without a writer like Zusak, who has taken the time to breathe life into the familial testimonies he heard as a child and created a book that means everything to him.

I am haunted by humans.

Find The Book Thief and other Markus Zusak books on Amazon