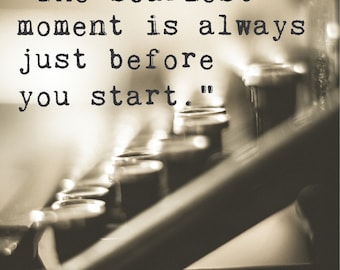 He is beauty, inside and out.
He is the silver lining in a world of darkness.
He is my light.”
― Marie Lu, Prodigy

“Can one mistake really destroy a lifetime together?”
― Marie Lu, Champion

Marie Lu not only presents a dystopian world that is complete and intriguing, she creates characters that are intelligent, sensitive, and courageous.  The first-person POV, with both main characters taking turns telling the story, is a well-executed storytelling motif. I read the books with my Kindle App on my phone and the first book included different fonts for each character. (I’m not sure why the change of fonts wasn’t there in the next two books.)

Legend introduces us to a typical dystopian world where the government is oppressive and a rag-tag band of rebels fight against it and discover its secrets.  It is not unlike other popular dystopian YA fictional worlds.

The characters are what make this series shine.  The female main character is exceptional in every way—intelligence, beauty, strength, and invention.  She is on the side of the government and, though she has a strong independent streak, stands firm in her position. The male main character is on the side of the rebels and is also exceptional—though he never truly knows how exceptional.  He is a sacrificial protagonist, giving up his comfort, safety, and welfare for his family and the people of the Republic. They are in many ways the same, but in a few crucial areas, very different.  Their relationship is of the reverse-Shakespearian variety.  (The guy is placed on the pedestal and the girl feels undeserving, in her own assessment, of being loved by him.)

The first inciting incident happens after becoming invested in the lives of these two characters and presents a difficult dilemma for the reader. Whose side do you choose?  As the plot thickens, the dilemmas grow and grow.

Legend, Prodigy, and Champion are equally compelling and action-packed.  Marie Lu is also a devoted descriptive writer. Sometimes I found the description annoying because I simply wanted to arrive at the next plot point and blah, blah, blah got in the way. I’m impatient, though, so my critique is skewed.

The ending was satisfying for me.  It was not as neat and happy as some readers may prefer, but it seemed consistent with the character’s beliefs and echoed the repercussions of the overarching themes.

While you are away my heart comes undone

It slowly unravels in a ball of yarn

The devil collects it with a grin

Our love in a ball of yarn

(When you come back)

(We’ll have to make new love)

From sheep to shawl. . .The Red String yarn transforms. Watch the process! 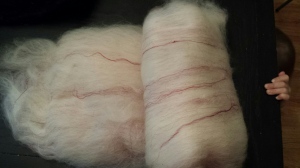 Thanks to my friend, Julia W., who let me use her drum carder to make this fluffy goodness! 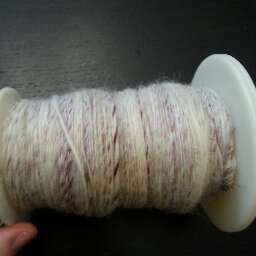 (Spun on my Babe’s Spinning Wheel.)

I knitted the shawl on size 5 needles. Pattern is improvised. 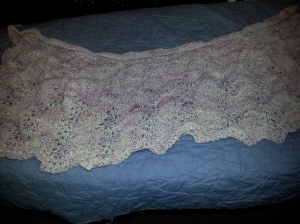 Right off the needles…wibbly wobbly. 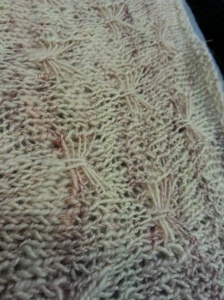 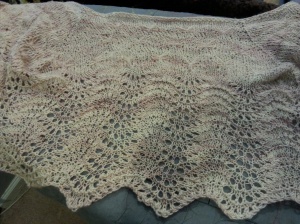 Sometimes you need a rescue. 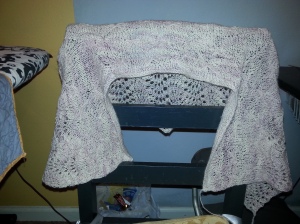 Rescues can come as a shoulder-warming shawl, right?

Discover the inspiration behind The Red String yarn!

Thanks, Miss Fiona, for taking the time to interview me! 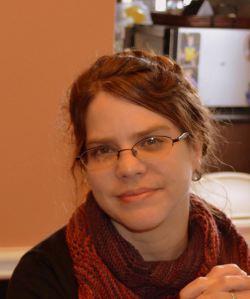 Where are you from-

I’m originally from historic (or pre-historic, if you can still read the faded spray paint) Mercersburg, Pa. (the birthplace of James Buchanan- the only President from Pa.) I’ve also lived in Arkansas, Nebraska, and Wisconsin. But I have lived in Texas for the past 13 years. (Longview and Houston)

A little about your self `ie your education Family life etc –

I am a middle child. My two brothers are artistic also. My older brother writes science fiction and fantasy as a hobby, and has a condition similar to Asperger’s. My younger brother is the visual artist and has a degree in Art from Penn State. I was the musical one and decided to go to John Brown University, a Christian college, for Music Education. I moved to Lincoln, Ne. after two years at JBU and dropped out of college…

During my research for The Baiji, I was saddened by this same truth. The Chinese River Dolphin is extinct now. Cancer villages are appearing all along the Yangtze. So sad.

As much as I loved visiting China two year ago, there is one thing about China that still drove me mad. The horrifying, dense layer of suffocating pollution that cripples most of the major Chinese cities.

China continues to have a major problem with pollution and not only does it look horrible it is bad for its people. Per a recent report in the New York Times,  “Outdoor air pollution contributed to 1.2 million premature deaths in China in 2010, nearly 40 percent of the global total, according to a new summary of data from a scientific study on leading causes of death worldwide.”

We went to Beijing and Shanghai in November of 2011 and sadly all of my photos of the glorious landmarks such as the Forbidden City, the Great Wall of China and the skyline of Shanghai are cast in an ugly, eerie haze of pollution. I don’t remember…

I now have a newsletter and I want you to sign up for it. That is all. =) 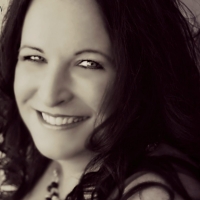 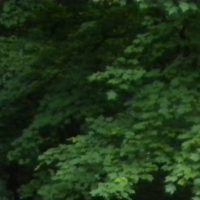 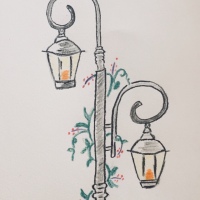 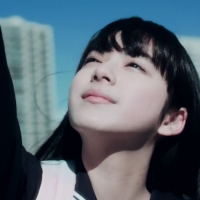 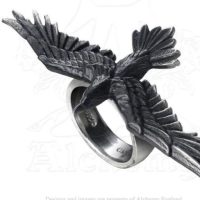 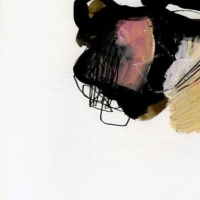 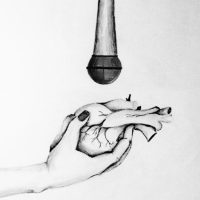